#India #Cash #Ban Could Get #Worse: “We Don’t Even Have #Enough #Money to Buy #Food”http://www.activistpost.com/2016/12/india-cash-ban-get-worse-dont-even-enough-money-buy-food.html 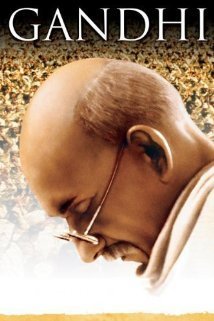 'The story of #Mohandas #K #Mahatma #Gandhi, whose profound #spirituality and #belief in #justice #inspired the #world ... the #lawyer who became the famed #leader of the #Indian #revolts against the #British rule through his #philosophy of #non-violent #protest.


Biography of Mohandas K. Gandhi, the lawyer who became the famed leader of the Indian revolts against the British rule through his philosophy of non-violent protest.Watch online

Solar Energy is Now Cheaper Than Coal in India p style="text-align: center;">“Ere many generations pass; our machinery will be driven by a power obtainable at any point in the universe.” – Nikola Tesla

p style="text-align: center;">A Reactionless AC Synchronous Generator (RLG) has been invented by Paramahamsa Tewari, electrical engineer and former Executive Director of Nuclear Power Corporation of India. His background includes engineering project management for construction of nuclear power stations. The efficiency of models he has built, which have also been independently built and tested, is as high as 250%.

p style="text-align: center;">In November 2014, I made one of many visits to the laboratory of Paramahamsa Tewari. I had seen the basis for the RLG design in September of 2010. Mr. Tewari showed me a stiff conductor about a foot long which was allowed to rotate at the center and connected at each end with small gauge wire. A magnetic circuit was placed under the conductor. When a current was allowed to flow through the conductor it rotated, due to a torque induced on the conductor according to Flemings Left Hand Rule and standard theory, verified by experiments at the dawn of the electrical age. With a simple rearrangement of the magnetic circuit, the same current produced no rotation – the torque was cancelled. I later duplicated the setup and experiment on my workbench. It is ingenious and lead to his breakthrough, the invention of a reactionless generator with greatly improved efficiency.

p style="text-align: center;">This experiment has lead to the design and testing of generators with efficiencies far above any previous design. The design uses the same types of materials used in current generators, but the magnetic circuit within the machine is configured to cancel back torque while inducing current and producing power. This might be compared to the rearrangement of materials by the Wright Brothers to build a surface with lift that resulted in manned flight in a time when many, including scientists, said it was impossible. Indeed, physicists who cling to an outdated model of the properties and structure of space have declared what has been done by Tewari to be impossible.

p style="text-align: center;">During the November testing I witnessed two tests of efficiency on the new model in Tewari’s lab. The second test was several percent better than the first and produced 6.6 KVA with an efficiency of 238%. A second set of stator coils was not connected yet but is expected to increase output to 300%. This is a 3 phase, 248 volt Hz, AC synchronous generator operating at 50 Hz. State of the art, true RMS meters on the input and output that measured KW, KVA, and power factor confirmed the readings of meters we had supplied for tests I observed in April of 2014.

p style="text-align: center;">We were able to visit a 130-acre factory site of one of the top electrical machinery manufacturing companies in India. At this site the company manufactures rotating electrical machines, including generators. When the chief electrical engineer first saw the drawings and design of the RLG he knew immediately what it meant for efficiency! Because of their confidence in the design, and the results of the tests on the smaller model, the company has assembled a self-excited machine designed to produce 20 KVA.

p style="text-align: center;">When we arrived at the factory a vice president of the company, the factory general manager, and the chief engineer greeted us. We then inspected the new machine and met the engineering design team assigned to this project. They are electrical and mechanical engineers who design and build conventional generators with output as high as 500 KVA. They are very enthusiastic and understand the breakthrough. A second machine rated at 25 KVA is now under construction at this company in India.I am not a technician but understand that this is a groundbreaking invention ... read the rest of the story by clicking on the title ... and/or go to http://www.tewari.org

"Ere many generations pass; our machinery will be driven by a power obtainable at any point in the universe." - Nikola Tesla A Reactionless AC Synchronous Generator (RLG) has been invented by Paramahamsa Tewari, electrical engineer and former Executive Director of Nuclear Power Corporation of India.