12 Futuristic Forms of Government -- Which one would you prefer? 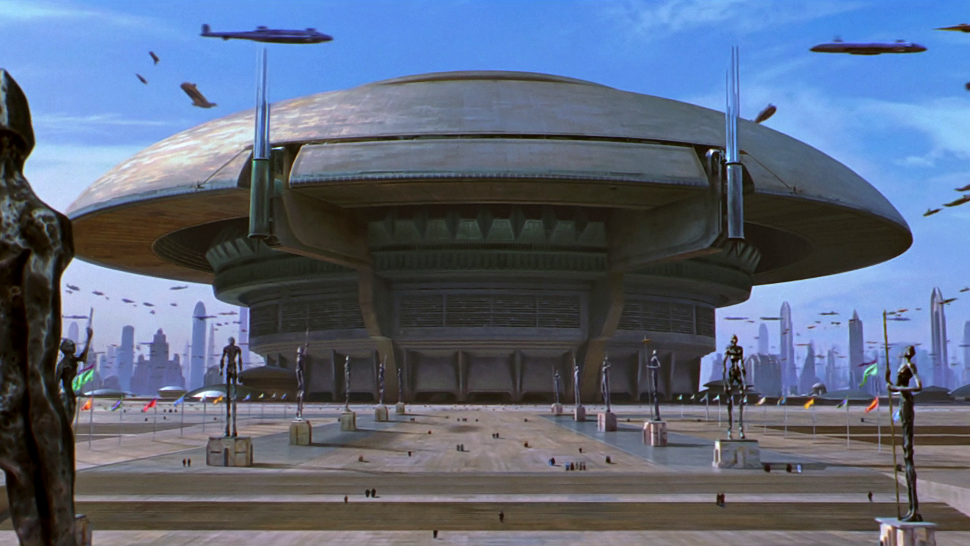 As history has repeatedly shown, political systems come and go. Given our rapid technological and social advances, it's a trend we can expect to continue. Here are 12 extraordinary — and even frightening &#151; ways our governments could be run in the future.

Similar to Plato's "government of the wise," a noocracy would be, in the words of "biosphere" popularizer Vladimir Vernadsky, "a social and political system based on the priority of the human mind." [...]

In a cyberocracy, governments, or governmental institutions, would rule by the effective use of information. [...]

But once an artificial intelligence becomes sophisticated and powerful enough, it could set itself up as a Singleton &#151; a hypothetical world order in which there is a single decision-making agency (or entity) at the highest level of control. [...]

We may very well be on our way to achieving the Star Trek-like vision of a global-scale liberal democracy &#151; one capable of ending nuclear proliferation, ensuring global security, intervening to end genocide, defending human rights, and putting a stop to human-caused climate change. [...]

But if one overarching global system is not to your liking, you can always go non-local. [...]

Also known as liquid democracy, it's described by Bryan Ford as a new paradigm for democratic organization where individual vote transfers, or delegation, is emphasized over mass election. In such a system, voting power is vested in delegates rather than representatives. [...]

For those of you looking to escape into international waters, there's always seasteading to consider &#151; modular, autonomous, voluntary city-states. They could take on the form of abandoned ocean liners or anything else that floats. [...]

As people live increasingly longer, and as we gradually phase into the era of radical life extension, there's the distinct possibility that the aged will hold on to their wealth and power. [...]

Coined by Australian philosopher John Burnheim, a demarchy, or lottocracy, is a form of government in which the state is governed by randomly selected decision makers who have been selected from a pool of eligible citizens. [...]

If a band of wingnut anarcho-capitalists get their way, we'll take one step forward by overthrowing liberal democracy &#151; and then take two steps back by re-instating a monarchist or authoritarian system. The ringleader of this neoreactionary movement, or dark enlightenment as its called, is Mencius Moldbug. [...]

Speaking of regression, there's also the possibility that some kind of catastrophic event will force us to revert to paleolithic politics. [...]